​From vibrant Havana to historic Santiago de Cuba, idyllic Guardalavaca to the lush Vinales Valley, you'll discover the many faces of Cuba on this fascinating tour. Delve into the country's intriguing history, relax on beautiful beaches and sway to sultry salsa beats.

Today you'll depart on your scheduled flight to Havana. You can get to know your fellow travellers over a drink this evening at your hotel in Cuba's vibrant capital.

Havana is the largest city in the Caribbean, and on today's tour we're going to see as much of it as we can. As you watch well-preserved American Chevrolets and Cadillacs rolling through streets lined by fading colonial buildings, it's like stepping back in time! Other sightseeing highlights include La Habana Vieja, or Old Havana, where we'll see the Plaza de Armas, the old Presidential Palace and Cathedral Square.

A day in the great outdoors beckons today with a visit to the beautiful Vinales Valley with an included lunch. Surrounded by mountains and rocky outcrops that rise up to 300 metres, the fertile soil here produces crops including tobacco, which makes the famous Cuban cigars. Keep a lookout for a great number of bird species, including hummingbirds and mockingbirds, and when we head to lovely Pinar del Rio, look for the rare palm, microcycas calocoma. This ancient species has been growing on Earth unchanged since the Jurassic Period and this is the only area where it can be seen.

Our journey by road today takes us to the port of Cienfuegos, set around a beautiful natural bay and boasting a UNESCO-listed historic centre. The migrants from Louisiana who settled here in the 19th century brought with them an elegant French style, which you'll note on a guided tour. Cuba's oldest botanical gardens are also located here and on our visit there's so much to discover. Amongst more than 2,000 catalogued species of plants and flowers, there are bamboo plantations and a cacti section, where 200 different types are on display.

If you want to spend the day relaxing, you can do just that. However, if you'd like to learn more about Cuba's history, we offer a fascinating optional excursion to Santa Clara. Located between the island's north and south coasts, this was a strategic site during the War of Independence and played a pivotal role in the Cuban Revolution. In the city we'll see Che Guevara's Mausoleum, where his remains lie along with 29 other guerrillas who died with him in Bolivia in 1967, and the Plaza de la Revolution.

A journey by road today takes us through rural Cuba, so take in scenes of traditional villages and farming communities as we go. We're heading to Camaguey, but first we'll stop in the city of Ciego de Avila, where you can enjoy lunch if you wish. A sightseeing tour will take us through a maze of streets in Camaguey's UNESCO-listed centre, which is home to hidden plazas, Baroque churches and colourful buildings. Spend the rest of the day at leisure.

After breakfast, we'll continue our travels, with our sights set on Santiago de Cuba. En route we visit the ancient city of Bayamo, known as the 'city of horsecarts' because half its population still travels by horse, even today. A stronghold of early revolutionary Carlos Manuel de Cespedes, who freed his slaves and declared war against Spain, it's also often referred to as 'the cradle of Cuban Revolution'. Named the 'heroic city', Santiago de Cuba was instrumental in the success of the Cuban Revolution of the 1950s. We'll arrive here in time for lunch, then you can enjoy an afternoon at leisure.

We'll begin a full day of discoveries with a visit to Baconao National Park, where one highlight is Granjita Siboney, the farmhouse from which Fidel Castro launched his attack on the city. We'll stop for lunch before setting off on a tour of Santiago de Cuba, with the tomb of Cuban hero José Marti just one highlight. Later, come with us to Casa de la Trova. This is one of the country's best-known music venues, so bring along your dancing shoes and hone your salsa skills.

You can press the pause button for the next couple of days, which will be spent in the idyllic beach resort of Guardalavaca. Declared by Christopher Columbus as 'the most beautiful land that human eyes have ever seen', it's beaches are utterly gorgeous. Once you've settled in at your hotel, enjoy the facilities or make a beeline for those white sands.

Enjoy more free time to soak up the lovely scenery of Guardalavaca. The beach is the place to head if you want to soak up the sun or dive into the crystal-clear waters of the Caribbean Sea.

We're going to head to Trinidad today, with a stop en route in Camaguey to stretch our legs and have a bite for lunch if you wish.

We'll meet up after breakfast and set off on a tour of the town. It's all colonial architecture, pastel-coloured houses and cobbled streets here, and it's a delight to discover on foot, starting at its heart, the Plaza Mayor. You've a free afternoon, so you can take in more of Trinidad's sights, or grab a book and head straight for the beach.

Bid the beach farewell as we return to Havana today for a further two nights. On the way we'll visit the splendid colonial city of Sancti Spiritus for a tour. Founded in 1514, it was moved to its present site in 1522. Amongst its sightseeing highlights are a 16th century church and the picturesque stone bridge which crosses the Yayabo River.

Start the day with a visit to the Museum of the Revolution in Old Havana. The building itself, a collaboration of Spanish, French and German architectural styles, is pretty spectacular. Originally designed to be the Presidential Palace, it was the headquarters of the Cuban government for 40 years. It was while dancing in the great hall here, that General Fulgencio Batista learned that Santa Clara had been captured by Che Guevara. We'll step inside to discover exhibits including paintings, sculptures, weaponry and archaeological finds. Spend the afternoon at leisure, and we'll get together this evening for a farewell dinner.

Today we'll transfer to the airport for our flight back to the UK.​

​You'll arrive back in the UK today. 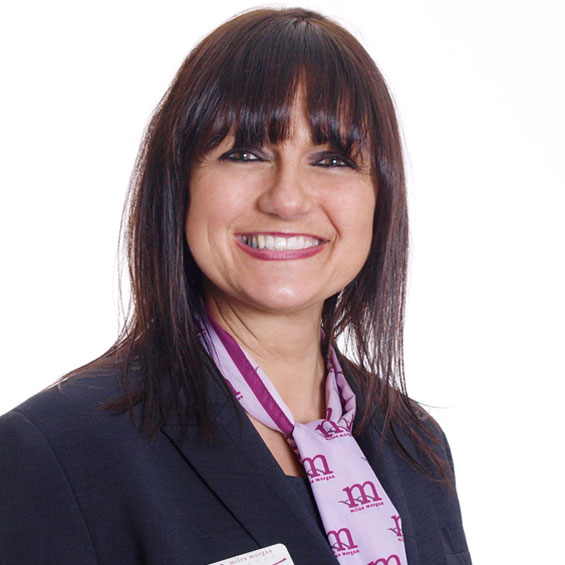 Here at Miles Morgan Travel we have many customers who travel as individuals but like the company of others and want someone else to organise all the details. We can offer many different solutions to the varied requirements of our discerning customers. One of these solutions is Just You, a specialist company for single travellers. We have many single customers who have been choosing to travel with Just You for years and we’re not exaggerating when we say the company knows its stuff. Their holidays aren’t just for single people; they’re for anyone who wants to travel as an individual. So if you want to experience a new destination in good company, or feel it’s time to do something that’s just for you and you don’t want to travel with your partner or friend, I know that a Just You holiday will be perfect.

Eva's Magical Memories Made in Canada

I was very lucky to have just returned from Maritime Atlantic Canada with First Class Holidays and Air...

Leah falls in love with Canada

Having not travelled since 2019 I was really apprehensive of how the airport experience was going to be but...

Tall Ship Sailing in the Med with Margaret

After an early start from Bristol airport, we arrived in the eternal city of Rome. Our 4-star hotel was...